RAM is a type of computer memory that you can use to store data. It stands for Random Access Memory and it’s basically just like the hard drive on your desktop or laptop. RAM has two major types: Laptop RAM vs Desktop RAM.

Laptops have limited space because they are portable, so it doesn’t make sense to put in a ton of expensive ram if you’re going to be moving around a lot and need something lightweight. In This post, medCPU will go over a general overview of each type of RAM, the similarities and differences of both, and my personal opinion on which one I prefer!

About Memory or RAM

System memory is also known as main memory or RAM (Random Access Memory), and it can be accessed randomly. This means that any byte can be accessed without having to touch the previous bytes.

RAM is the storage area for working memory within the computer. The hard drive stores all data. However, to allow the CPU to use the data during normal operations, data that the computer uses or works with must be read into the RAM chips.

We will be looking at how laptop RAM and desktop RAM compare. Let’s first go over each system’s memory.

The Dual Inline Memory Modul (DIMM) is a type of system memory used by desktops. This type of memory contains multiple random access memory chips on one circuit board. It is capable of faster data transfer than other types of memories.

Pins connect the memory, which is 64 bits in native form, directly to the motherboard.

DIMM is gradually replacing SIMM (single in-line memory module), which uses a 32-bit memory path. Dual inline Memory can transfer twice as much data because it uses a 64-bit bus. 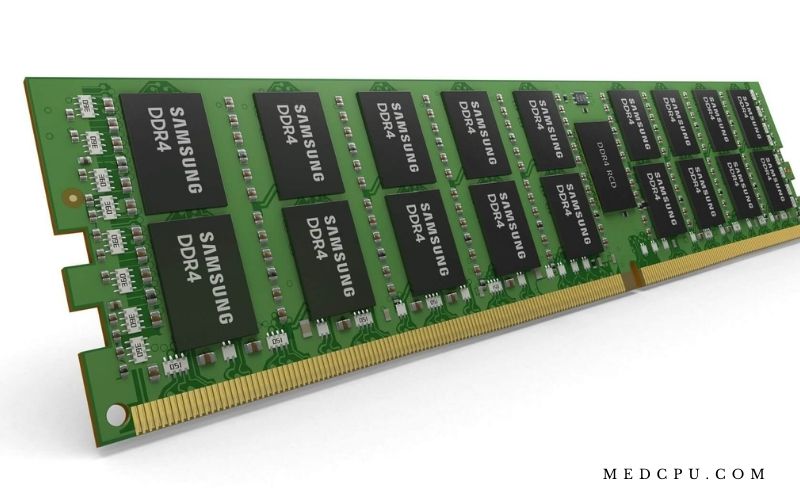 These modules are compatible with modern computers that have 64-bit data speeds. You would need to install SIM modules in pairs to achieve the same data rate. This will take up more space on your motherboard.

DIMM can be classified as dynamic RAM (DRAM). Dynamic refers to the need to refresh memory regularly to prevent it from losing its contents. DRAM is the most popular type of primary memory, and it’s less expensive than static memory.

There are many types of DIMMs.

A type of random access memory used by laptops is the Small outline dual-in-line memory module (SODIMM). It uses integrated circuits and is smaller than regular Dual In-Line Memory Modules.

Because they are limited in expansion space, SO-DIMMs can be found in notebooks and laptops that use Mini ITX motherboards. They can also be used in networking hardware such as routers or high-end office printers.

SO-DIMMs address the most common issues that laptop builders face. Because most laptops are small and portable, large RAM chips such as DIMM would not be ideal.

They may not be compatible with the overall design of the notebook. Large memory chips such as DIMMs can significantly increase the size of the laptop computer, making them unwieldy.

The SO-DIMM chips are roughly half the size of regular DIMMs, making them more flexible in designing the laptop memory slots. Because they are located in a convenient area of the motherboard, they are easy to upgrade.

Only 32-bit data-bit data transfer was possible in the first SO-DIMM designs. There were 72 pins. Pins are connectors that attach the chip to its motherboard. Modern SO-DIMM chips have 144 pins and can support the same 64-bit data transfer speeds as regular DIMMs.

Here are some examples of SO-DIMMs that you might be familiar with:

>>> Click to get Gaming Laptop vs Desktop Comparison in 2022.

RAM, as many people know, is a type of computer memory. It gives you read-write access to all memory locations. The memory address is used to determine the location. However, the information on the RAM will only be temporary. They will be lost if power is unavailable.

The main function of the RAM is to store temporary information and then transfer it to the CPU for processing. The more information that can be stored on ram, the higher its capacity.

The CPU will need to process data less often, so the desktop or laptop’s performance will be higher.

The manufacturer sold 2 ram bars (like smartphones) on high-end laptops. This means that upgrading to a newer model laptop will be more difficult. These laptops are capable of storing large amounts of RAM, so upgrading is not required. 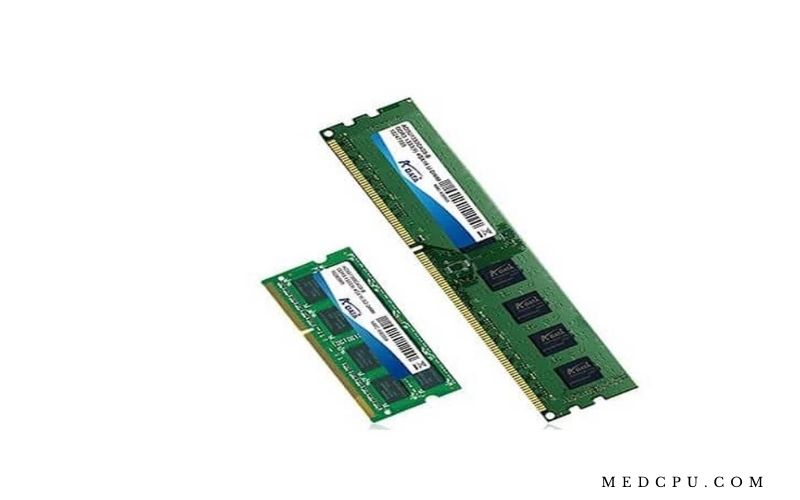 Although they sound similar, they have many differences in terms of size, compatibility, and memory slots. Desktop Computer RAM performs better than Laptop Computer RAM. It all comes down to the individual’s budget and choice.

Laptop RAM is 72, 100, and 104, respectively. The total number of pins on the computer is approximately 204 pins. The average length of the laptop is 3 inches. Because of the small space available in a laptop, the size of the desktop RAM will be slightly larger than that of the laptop RAM.

A desktop computer’s RAM can range from 1GB to 8GB. This RAM can be upgraded or expanded later. The laptop has 16GB of RAM built-in, which can be expanded later on if desired. This powerfully supports the operation of all basic input-output devices around the system. Once the maximum RAM is reached supported by the operating system, the laptop will start to lag.

Different laptop systems and workstations have different memory slots. Some have expandable RAM options, while others don’t. Most desktop computers have between 2 and 4 RAM slots. You can add additional RAM to expand the memory. Editors, gamers, and anyone who enjoys multi-tasking and interactive tasks can do this.

Laptops have only 2 RAM slots, so it is impossible to increase their RAM. This is due to the small space available on a laptop’s body.

Click here to see the differences between Cpu Vs Memory Vs Disk.

The RAM in the laptop and desktop systems is not interchangeable because they have different motherboards that support different RAM sizes.

It was possible to swap RAMs between older models of laptops and desktops. Although some adaptors for desktop computers may allow the laptop’s operation on a desktop system, it is not recommended. Laptop RAM can be used with a laptop only.

Gaming enthusiasts who want to expand their PC’s memory to support their gaming needs will find work area RAM to be the best. This RAM is also great for software engineers who create visuals and don’t need to carry their gaming equipment outside. They have the option to upgrade their RAM as per their preference.

The best way to upgrade RAM is to upgrade your work area framework. It has more slots and openings that will allow for better execution. Clients may have more than 4 RAM slots available through the RAM area slots on their workstations.

The RAM for laptops is small and can be easily fitted into a laptop’s body. Although it cannot be expanded or upgraded like PC RAM, the RAM can still perform basic tasks or render videos with no problems.

The laptop RAM’s price is higher than that of the desktop RAM. Laptop RAM prices for 4GB and 8GB are lower because of the small size DDR4 memory. 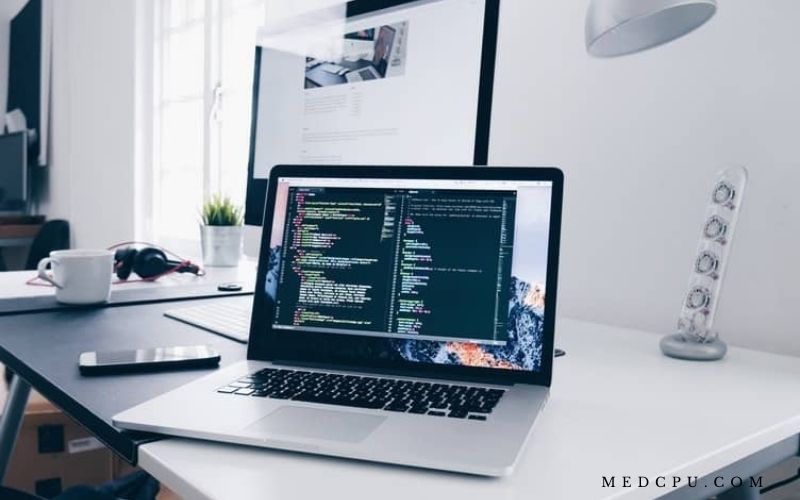 Can I use desktop RAM on a laptop?

– Yes, you can use desktop RAM on a laptop. However, there are some requirements for doing this: make sure that the motherboard on your laptop supports using desktop RAM or check with the manufacturer of both parts to see if they’re compatible. Not all motherboards support using different types of memory so it’s important to do research before buying new components!

– Yes, PC RAM is less expensive than laptop memory. This is because the market for desktop parts like this has a lot more competition from manufacturers which causes prices to fall over time

Can I upgrade my laptop ram with a desktop?

– Laptop users can upgrade their RAM by buying and installing new modules or using old ones that are compatible but not being used in a current build.

In conclusion, I think that both types of memory are useful depending on what your computer will be used for. If somebody needs their machine to be portable all the time (or even just some of the time), then they should get Laptop RAM so that everything fits nicely into a nice package that can easily fit anywhere.

Desktop RAM has its perks as well, however, such as having way more storage than laptops do at a much cheaper price point overall – but when considering cost vs portability it better value to use Laptop RAM.