If you are in the market for a high-end desktop processor, AMD has two models best suited for your needs: AMD Ryzen 9 5900X vs 3900X. The 3900X is designed for gaming with high single-core performance and low prices, while the 5900X is geared more towards people looking for faster computing with higher clock speeds. Read on for our comparison between the two to know which suits you best.

The Ryzen 9 5900X is not the same generational leap AMD promised. AMD’s latest chip has 12 cores, 24 threads, and a slightly faster boost clock. Other than that, specs remain the same except for the L2 and L3 caches and total power draw.

However, the numbers are not enough to tell the whole story. There are many differences between Zen 2 and Zen 3 architecture in the Ryzen 9 5900X. The most important is direct access to the L3 cache. Zen 3 chips do not split the cache pool as Zen 2 chips did but pull from a common pool.

A dominant thread is a thread that has full access to all L3 caches. This means that the thread does not have to traverse the die to reach the entire pool. The instructions per clock (IPC) has increased by 19% compared to third-gen Ryzen.

AMD’s new chip is still lacking benchmarks. AMD’s internal benchmarks show that the 5900X outperforms the 3900XT in Shadow of the Tomb Raider by quite a bit. The average frame rate for the 3900XT was 141, while the 5900X managed 181 frames per second at 1080p and High settings. AMD also showed frame improvements of up to 50% in League of Legends and Battlefield V.

The 5900X specs aren’t as impressive as the last generation, but early benchmarks show promising results, and the underlying design of the die supports the results. The 5900X costs $50 less than the 3900X, but you will likely spend $150 more if AMD’s latest chip is chosen. Although we have yet to see the complete story, the 5900X seems worth the extra cost.

Read Next our comparison between Ryzen 5 vs Ryzen 7: https://medcpu.com/ryzen-5-vs-ryzen-7/

The 5950X is $250 more expensive and targeted at creative professionals, but the 5900X and its predecessor, the 3900X, are designed for hobby-level gamers. However, this doesn’t mean that the CPU won’t allow for multi-core productivity in these tasks.

The benchmarking below shows that the rendering speed and multicore performance of the 5900X is still very competitive. It even surpasses the 3950X in some areas, which was previously the industry favorite for hobbyists and small-to-medium-sized creative professionals. The 3950X has the edge in workstation usage, as you would expect, due to its more significant number of cores or threads.

We recommend the 16 core 5950X if you want to build a professional workstation rig. Or, if the budget is tight, you can consider a used 3950X. This exception will only apply if you are only concerned about performance with software such as Adobe Photoshop. 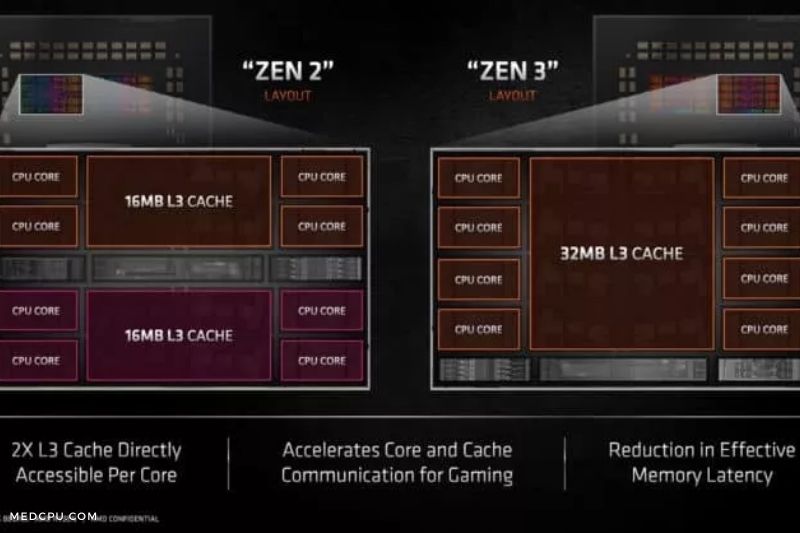 You might be surprised to see that the base clock speed of the 5900X is slightly slower than the 3900X. This may seem counterintuitive at first glance, but the clock speed is just one aspect of performance. The 5900X’s Instructions per Clock (IPC) is significantly higher than the 3900X. As a result, the overall number of instructions that the CPU can execute over any given time is much higher.

AMD’s goal with the 5900X CPU was to make a CPU capable of performing multi-core heavy tasks such as the 3900X and have single-core power for gaming. In theory, the newer model should be able to outperform the Zen 2 processor by some margin.

AMD increased Zen 2 and Zen 3 by approximately 19% during their initial reveal presentation.

The price of these processors has dropped to $399 new and even fallen to $300 on the secondary marketplace. According to AMD’s website, the current price is $464. We expect AMD to begin phasing out the 3000-series processors by 2021, including the 3900X.

Check out our list of the Best Amd Fx Processor in 2021: https://medcpu.com/best-amd-fx-processor/

When comparing the 5900X and 3900X, the last thing you should consider is whether you intend to buy one of the Radeon 6000 series AMD graphics cards.

The Smart Access Memory feature, which allows Ryzen CPUs of the 5000 series to increase performance by more efficient use of GPU memory, gives them an additional FPS advantage. This ranges from 2% to 13% for the games AMD showed. We will be able to see how realistic this is once the Radeon graphics cards become available. However, AMD’s other performance claims seem real.

Remember that FPS gains between 5900X GPU and 3900X CPU are not adjusted for Smart Access memory. This means you will get additional performance if your Radeon card is purchased. Anyone likely to buy an AMD 6000 series GPU would be missing out if paired with a new 3900X processor – in this case, the 5900X would be the best choice. 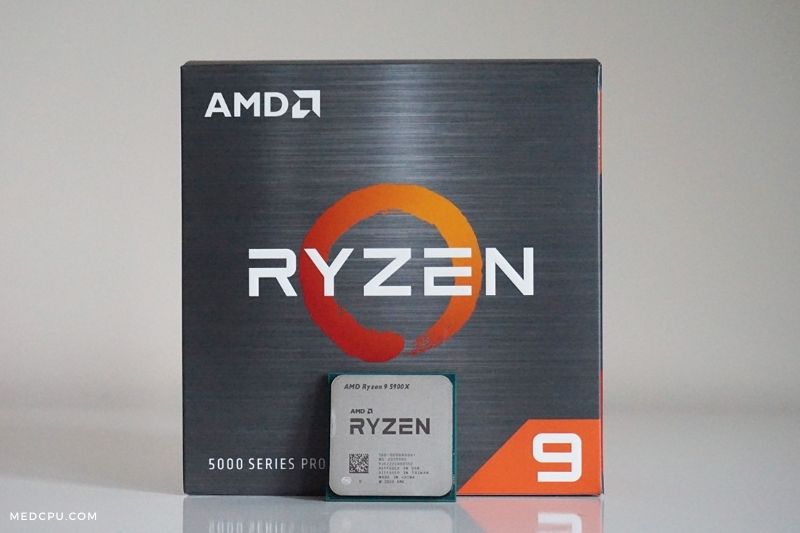 Some folks might say that the 5900X is worth it over the 3900X, but it depends on what you’re looking for. If you want a CPU that does more than just light gaming and video editing, you might want to go with the 5900X as it has a better price-to-performance ratio.

However, if you’re looking for a CPU that can do more than light gaming and light video editing, the 3900X will give you the same performance.

Intel’s Core i9-9900K is the company’s flagship processor, with eight cores and 16 threads. The Intel Core i9-9900K is a much better processor than the 5900X because it is more powerful. It also has hyper-threading, allowing it to run eight cores at once. As a result, the core count does not matter in terms of performance.

The Ryzen 9 3900X is a solid processor that performs well and is worth the price for those looking to upgrade. With the current technology and prices, it is not worth buying a Ryzen 9 3900X in 2021. Since Intel has released more powerful processors, the 3900X is outdated. It only seems to be more of a gaming CPU for those that want to play games at low or medium settings.

For some things, yes, but for others, no. The 3900X is a better gaming CPU, but it is more expensive and not worth the price. If you want to upgrade from an older processor, you should look at the Core i9-9900K instead. It will cost less money and has a similar performance as the Core i9-9900K with many upgrades over the Core i9-9900K.

Therefore, if you are looking for performance, it is recommended that you go with the AMD Ryzen 9 3900X. However, if you need an affordable CPU for your PC without sacrificing too much on quality and features, then AMD Ryzen 9 5900X might be a better choice. The new Ryzen 9 CPUs are great for gamers, but you can also use them for other video and photo editing tasks.

Thanks for visiting our site www.medcpu.com! If you have any feedback, questions, or suggestions about this article, please leave a comment below.