DLC is the newest way for games to offer extra gameplay, items, and content that can’t be found in the original release. Games with DLC often have a lot of downloadable content for sale on their official website.

Getting DLC has an effect on the gamer’s experience as it offers more things to do and interact with and more information and options to learn and explore. However, What is DLC in gaming? Read on our following guide to find out more.

What does DLC stand for in games?

DLC stands for downloadable content. It’s digital content that a player can add to a video game. DLC can be downloaded online or through a gaming platform like Steam or the Playstation Store. Sometimes it may be free. Sometimes, it may be required to buy it separately or included in bundles with the base game.

DLC can include many things. Some DLC is cosmetic, like skins or voice-overs. Others are entirely new stories or areas that completely transform the game.

Many content packs offer hundreds of hours of extra playtime. Developers often use DLC to keep their game current and players engaged for many months or even years after its initial release.

In many ways, downloadable content is a natural successor for expansion packs. Originating from the card and role-playing games, the idea of game expansions was born.

These expansions allowed many publishers to add content to existing games without having to create a new one. Expansions often featured characters or items that could increase the game’s longevity and keep players engaged.

Later, expansion packs were introduced to video games and they were distributed in discs that players could add to a game through their computers. Expansion packs were standard in large multiplayer online games (MMOs), such as Ultima Online and World of Warcraft.

Today, expansions, which are expensive downloads with a lot of content, still refer.

The History of DLC 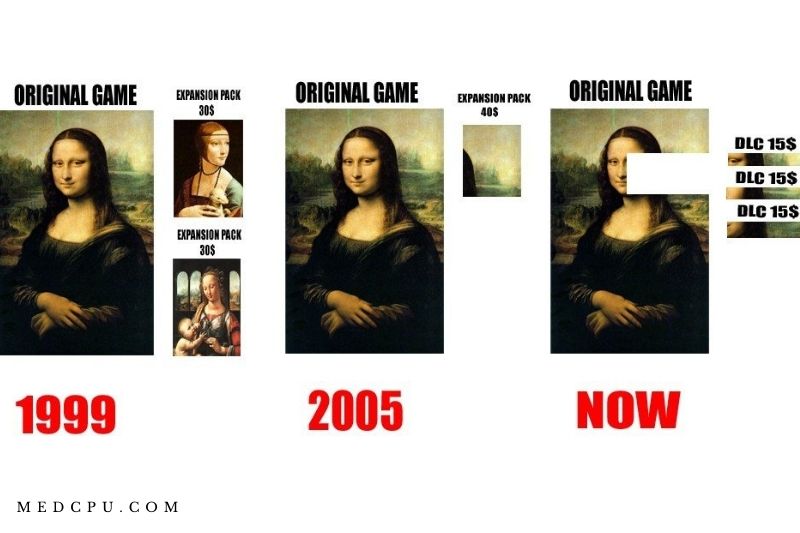 Atari’s gameline service introduced digital game distribution in the 1980s through its GameLine service. However, Total Annihilation, a real-time strategy game, is believed to have normalizing DLC in 1997 after its developers began releasing new content each month.

Sega, Microsoft, and Sony all began to support DLC for their handheld and console systems a few years later. Franchises such as Just Dance and Guitar Hero have heavily relied on DLC to keep their players interested.

Microtransactions were popularized by social media and mobile games in the 2000s. This allows players to quickly download new content from their phones with just one tap. Developers were thus incentivized by the possibility of adding new features that could be purchased to their games. Almost every console and mobile game today supports DLC.

Read also What Does Bm Mean In Gaming? Click here.

Different types of Downloadable Content are available for various games. Some DLC can significantly impact gameplay and take up lots of space, while others are barely noticeable.

Depending on the game, DLC can add stories, levels, characters, unlockable weapons, and bonus items. Cosmetic DLC is also possible, changing a character’s appearance by giving them a new outfit (or modification). These are commonly referred to as skins. Some DLC may be used to fix bugs.

You can get DLC from the console’s online gaming shop for free. It’s becoming more common for companies to charge for it, especially for DLC that adds significant content.

A season pass is a package deal that includes all the DLC for a game. Season passes offer all current and future DLC for a game at a discounted price. This means that you only have to pay once for the DLC, even if it’s not yet released.

DLC received mixed reactions from fans, as we have discussed. DLC was originally introduced to improve the game and add more dimensions.

For example, if you want to buy Ronaldo or Messi in FIFA, then you don’t have to collect cards for many years to get them. This is quite amazing, I think.

Supporters of DLC argue that purchasing it is an option and not a requirement.

Remember, not all DLC workers are paid. There are also many unpaid.

PlayerUnknown Battleground has both paid and unpaid DLCs. There are paid skins available, but maps that are not aren’t. This is because the maps are essential for players to progress in the game.

Downloadable Content also has the benefit of allowing you to skip the line and wait for your store to open. Then, you can go straight to the Expandable Store and buy your DLC there.

Manufacturers are constantly on the edge of their seats due to user-generated DLC. Whenever the community feels the content is too expensive, they notify the manufacturer. The developers then make the necessary changes.

The disadvantages of DLC

DLC has its disadvantages, and it is also very costly. DLC favors the wealthy.

To unlock key players or advance in the game, you need to have played the game for a while. You don’t have to spend much money to get the DLC you want.

If there are two FIFA players and one has purchased all the top players like Messi, Ronaldo, Saurez, etc., and the other gamer doesn’t have any higher ranks, then who do you think will win?

Parents of gamers younger than ten years old complain that their children get easily moved by advertisements and end up purchasing something using their credit card on their phone.

Read also: What Is RNG In Gaming? The Comprehensive Guide (2021)

While some DLCs can be purchased for free, others may cost extra. Many game developers use DLC to make money. It is monetized at a variable cost.

While some are only a few dollars, others can cost as much or more than the base game. Some game developers may also split DLC into smaller purchases called microtransactions. These remote purchases can be used to purchase items, costumes, and even playable games. These are the best way to monetize free games.

A game may be available for download free of charge. These microtransactions can be used to gain additional perks. These purchases make the game easier for you and provide more income to the developer. 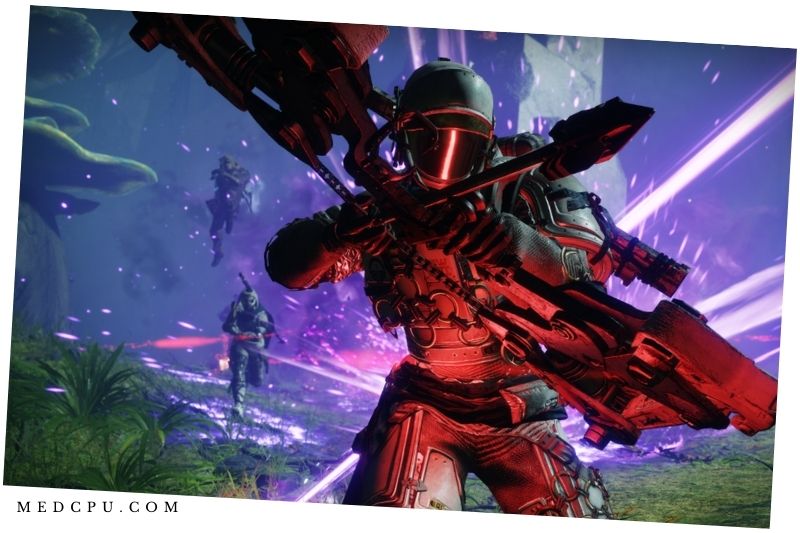 It’s a win-win for everyone. A season pass is another way to monetize DLC. These are usually sold close to the launch date of the game. This allows you to download the current and upcoming DLC and those that will be released within a certain time. The price is usually lower than buying them separately.

The act of monetizing DLC has drawn heavy criticism, particularly the concept of season passes. Some people claim that season passes are too expensive, but the developers are not truthful. Many gamers are skeptical about the true value of what they purchase because they don’t receive what they paid for until months later.

Many developers don’t include expensive DLC with their season passes. They sell them separately. This is a further source of criticism.

Is DLC good or bad?

DLC is a way for developers to make extra money by selling additional content to players who are looking for more out of their games. Some people are frustrated that the DLC has cost money, while others are happy that they can buy more to keep them entertained for longer periods of time. Whether DLC is good or bad depends on what you think about it. On one hand, developers could use this as a way to make more money.

DLC, downloadable content, is an additional piece of content that can be purchased or acquired for a game. It is sometimes offered for free, but it is often sold for a price.

How does a DLC work?

A DLC, or downloadable content, is an addition to a video game that often offers the player extra gameplay content, items, or levels. A DLC may be released as a stand-alone product or as a component of a full-game update.

How much does it cost?

Sometimes DLC costs money. One example is the Halo 5 map pass, which costs $25. Other games offer DLC packs for free or at a discounted price.

Is there a limit to how much content I can get?

No, there is no limit on how much DLC you can have. The law allows for unlimited downloads as long as it doesn’t stop the console from working.

What makes a good DLC?

There are many factors that contribute to the quality of a DLC. A lot of people believe that a good DLC will offer new content and add more to the original game. Another way to make a DLC good is by listening to the gamers and incorporating feedback into the expansion. Lastly, some say that if a DLC is too expensive it will not be worth it.

Downloadable Content (DLC) and Expansion packs – Are they the same?

These terms are often used interchangeably by most people. They are fundamentally different. A DLC is also larger than an Expansion Pack. You cannot also download DLC from another source. The official game manufacturer must release it.

An Expansion Pack can be downloaded, but it may not be available. You can also get it on a CD, which you can then install in the existing game. Finally, DLC can make significant changes to the game, while Expansion Packs cannot make such drastic changes.

The DLC is the new Expansion Pack. Most game developers use it.

Now you know what does DLC means in gaming. A lot of people may still think that DLC is just video game upgrades. You now know that this is just the original game with some extra content that adds to its value.

Thanks for reading our post. I hope you have learned something new. If you have any more questions, just post them in the comments below!