When it comes to picking a motherboard, there are a lot of different areas to consider. Whether you’re going AMD or Intel, Ryzen or Core i7, the latest chipsets offer numerous innovations to help you get the most out of your system. If you’re considering a new motherboard, you may want to consider the B550 vs X570 motherboards.

It’s a big decision to make, but it should be a little easier once you know all the differences. Read on our guide below to see these two chipsets comparisons and choose the right one for your build.

This article will explain what you need to know about the two chipsets x570 and b550 regarding performance, features, Connectivity, and price. 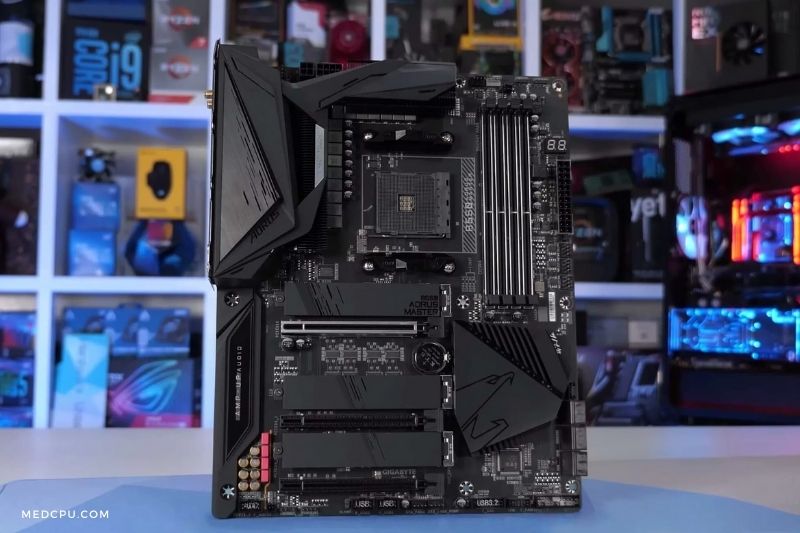 The B550 is packed with tons of features and is ideal for power users who want flexibility, overclocking, PCIe 4.0 connectivity, NVMe storage, integrated graphics, and PCIe 2.0 connectivity.

This chipset is the most affordable on the market, despite not having seen a significant technological advance over the B450. It features PCIe 2.0 support and additional upgrades like NVMe drives. It also has increased USB x3.0 ports, enhanced VRMs, faster LAN, faster LAN, and WLAN adapters. 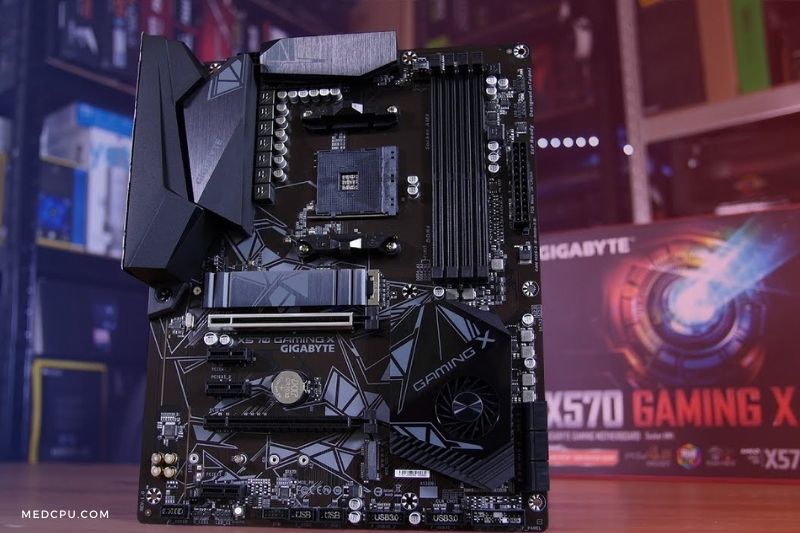 AMD’s X570 chipset is the first deployment of technology that was shown on Epoch. Most modern motherboards are equipped with the AMD X570, keeping with the shift to PCIe 4.0.

The x570 is the first AMD consumer motherboard with native PCIe 4.0. The X570 is a significant upgrade to AMD’s B550 and features PCIe 4.0, faster USB ports, and a higher power draw than previous generations.

The X570 was designed explicitly for streamers and gamers who require high-performance, enhanced connectivity, and a cutting-edge gaming experience. The unique architecture of the AMD X570 is what makes it stand out. It is the first Ryzen chipet to be manufactured and developed in-house at AMD. Additionally, the AMD x570 comes with USB 3.1 Gen 2 support.

Read also our comparison guide between Intel Core i7 vs i9: https://medcpu.com/intel-core-i7-vs-i9/

B550 vs X570 Performance and Overclocking

The X570 motherboard has more Voltage Regulator Modules (VRMs) to ensure a more controlled power supply to your CPU. This allows for stable overclocking and better performance compared to the b550 motherboard.

A motherboard that supports Nvidia SLI/NVLink technology is required if you want to use a dual-GPU configuration. They are supported by most X570 chipsets, while the B550 models have this option.

The B550 chipet supports less than 10 Gbps high-speed USB lanes and SATA ports compared to the X570. This results in fewer USB 3.0 ports than the X570. This isn’t a problem, as USB 2.0 ports work just fine with your peripherals.

PCIe 4.0 support allows for maximum bandwidth up to 16 GT/s per lane, which is half the speed of PCIe 3.0. This means that you will need half as many lanes to run your SSD or GPU. There will be more lanes available for additional SSD slots and Nvidia’s SLI/NVLink certification.

The B550 chipset will have PCIe4.0 connectivity. This means that B550 motherboards can support PCIe4.0 up to two devices. The manufacturer can use these PCIe 4.0 lanes to offer a range of features, including extra PCIe 4.0M.2 slots. This makes the X570 a more attractive buy, but it comes at a higher cost.

If you’re looking for a motherboard that offers more storage options than the B550, the X570 has eight additional reconfigurable SATA ports. However, this will need to be configured by the manufacturer.

Your motherboard’s VRMs regulate the power that is delivered to your CPU. This is done by splitting the total energy. There are more VRMs than there are CPUs. This allows you to control the power and decreases the load on individual VRMs. It also reduces the chance of failure.

Although X570 motherboards have more VRMs than B550 counterparts (although some premium boards offer more), they still have the same number. This allows you to overclock Ryzen 9 processors while still maintaining stability, allowing you to get more performance.

When making a purchase decision, it is essential to consider the price. The motherboards equipped with the X570 offer more features and premium options than the B550 boards.

If you want to build your rig around a powerful processor such as Ryzen 9, then the X570 will be a great choice. The B550 motherboards, on the other hand, are a good option for those who want a mid-range and cheap option. 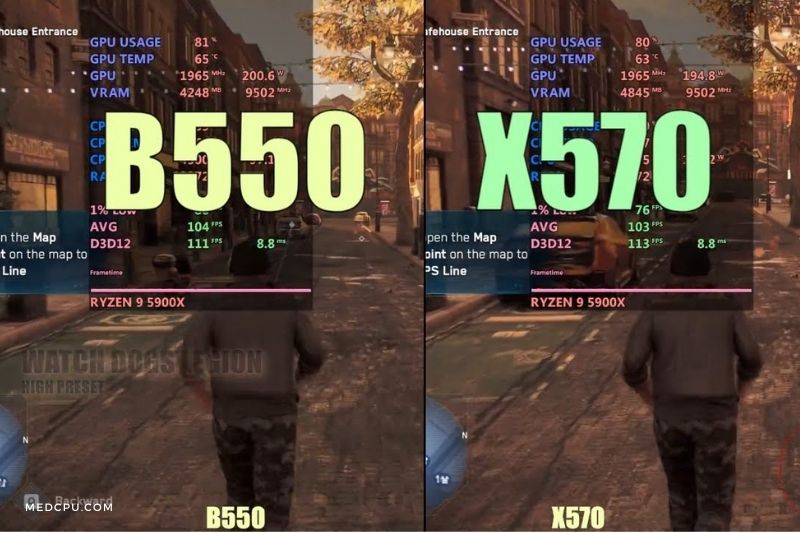 AMD designed the B550 chipset to be more future-proof and durable. It is compatible with Ryzen 3000 and Gen 3 Ryzen motherboards.

The VRM and cooling systems of the b550 and x570 are similar. This makes it ideal for smooth running, faster CPUs, and higher processing speeds. B550 is slightly different than X570, but it has noiseless operations that make it enjoyable to use.

The main feature that makes X570 future-proof is the support for PCIe 4.0. This makes it compatible with nearly all Ryzen models with higher and more supportive memory.

It also features multiple M.2.0 expansion SSD slots and USB 3.0 Gen2 ports. This makes it compatible with both GPU and CPU.

Investing in your PC’s motherboard now can save you money in the future. If you plan on overclocking your CPU or using multiple graphics cards, you should invest in a more expensive B570 or X570 motherboard. However, if you’re using your PC for work or basic games, the difference in cost isn’t worth it.

I think this article of x570 and b550 differences has been helpful to most of you, but if you have any questions, feel free to comment below. Thanks for visiting our website www.medcpu.com.